You are here: Home / EMERGENCY / Frostbites 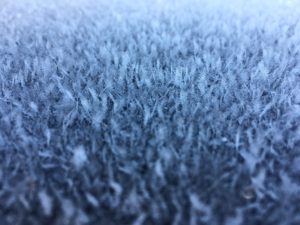 Comes from any elongated activities that take place in cold environments (– 2°), in altitude or at sea depending on the latitude (mountainers, winter athletes, those who work in cold environments, etc.) as well as homeless people. Children are at higher risk (often due to the lack of surveillance).

Temporary frostbite: cold injury corresponding to a superficial burn. Manifested by transient erythema. Returns to normal in less than one hour after warming up.

Superficial frostbite: permanent frostbite affecting the superficial layers of the dermis. It is equivalent to a second degree superficial burn. Initially appears as white-ish waxy skin. When warming up, oedema and erythema appear as well as significant pain. Serous or haematological (a sign of gravity). Phlyctenes appear within 48 hours. In about a week, superficial necrosis and progressive carapace forms. Cleavage with the underlying regenerated dermis forms within a few weeks. The recovery of sensitivity is almost complete. This evolution, which is usually positive, justifies a certain wait-and-see attitude in order not to unnecessarily amputate tissues capable of regenerating.

Deep frostbite: permanent frostbite which progressively affects the entire dermis, hypodermis and potentially deeper tissues. Equivalent of a deep burn. Initially, it is insensitive white or grey-ish/red skin (a mixture of hemorrhagic suffusion and characteristic necrosis when seen once). When warming up, this aspect remains (unlike superficial frostbites), and pain is always prominent. In days to weeks, there is a secondary development of hemorrhagic phlyctenes. In weeks to months, there is a formation of a dry necrotic carapace or deeper necrosis with a possible spontaneous amputation.

Most importantly, it is important not to aggravate the lesions on the scene by:

Specialized care in a hospital environment.