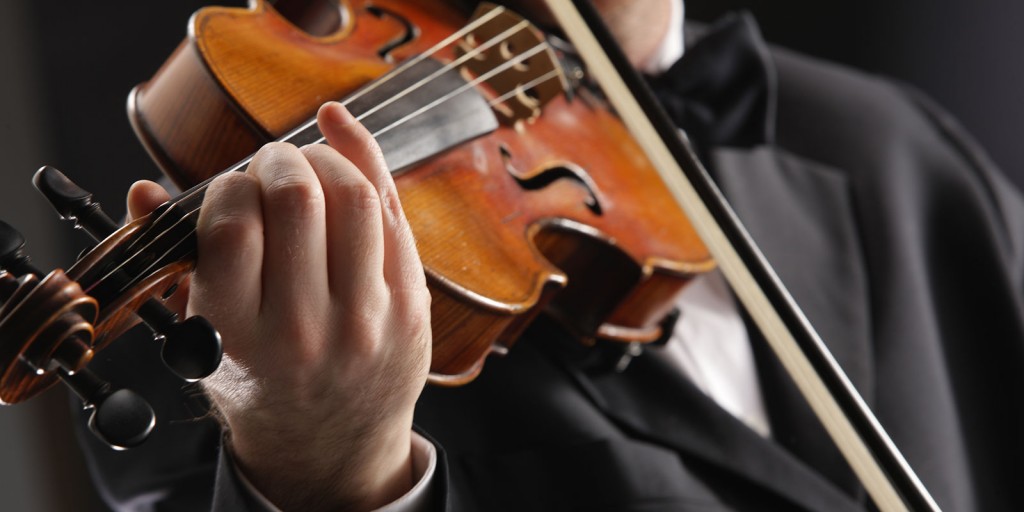 Musicians are prone to hand and wrist injuries due to the repetitive stress that they put on a specific group of muscles or tendons. Of these injuries among musicians, the hand and wrist injury attributes for the majority of cases representing 41% of all musician-related injury. This is clinically referred to as an overuse injury, which commonly manifests as pain, limited range of motion, easy fatigability of the affected hand, and the progressive loss of fine motor control. These limitations and affliction has placed a heavy toll on the general psyche of the musicians. Such disabilities could actually force them to change their careers and abandon their natural gifts. For these problems, medical science has dubbed reconstructive surgery to care for these precious talented hands. The following reconstructive surgery cases on hand and wrist overuse injuries are commonly seen among the musicians:

Tendinitis or tendonitis of the hand is an inflammatory process within the tendon. This is often times associated with repeated injury to the fibrous tendons without giving it time to heal. This overuse injury is very common among pianists who practice or play long hours each day. The clenching hand of the violinist or the guitarist on instrument hip may also be prone to this type of overuse injury of the hand tendon. Tendinitis will often cause pain at the area of affliction with or without swelling of the affected hand. Patients may complain of hand fatigue or weakness after a short time of usage or playing. These types of injuries are best avoided by doing strengthening exercises of the hand and by doing frequent breaks in between playing sessions to afford the overused hand adequate rest. Acutely swollen tendons are treated with ice packs for twenty minutes three times a day to relieve pain and swelling. Temporary splinting and bracing may be opted by your physician to immobilize the affected hand to allow it heal spontaneously. He may do local injections with corticosteroids or local anesthetics to allay the pain symptoms. Chronic tendinitis lasting for months may require a hand surgery for repair and debridement of the affected hand tendons. Physical therapy may be applied after surgery to restore functionality of the afflicted hand. 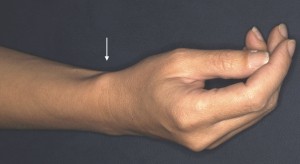 This is a common musician-related injury associated with an overused wrist during repetitive strumming of the guitar (usually involves the right wrist by right-handed guitarists). This may be caused by the over-cocking action of the lead hand during strumming sessions. Most guitarists may complain of gnawing pain with swelling of the wrist near the base of the thumb, which is aggravated by gripping any hard object. Pain and discomfort may cause hand fatigue to the guitarist or even crippling swelling of the hand. This wrist injury is usually treated by splinting and routine exercises by the thumb during occupational therapy sessions. Ibuprofen pain relievers may also be used to control the discomfort. It is prudent to visit your surgeon if pain persists despite conservative medical management. Hand reconstructive surgeons may surgically explore your wrist and release the flexor tendon to release the pressure symptoms and restore the smooth gliding mobility of the tendons needed to normally strum the strings on top of the sound hole of the guitar.

This is also called Stenosing Tenosynovitis. This condition can stuck the index finger in a continuously bent position like a finger on a trigger. Trigger finger will present with a considerable inflammation beneath the sheaths of the tendon that surrounds the affected digit. This is caused by the repetitive gripping action of the left hand on the neck of the violin or guitar during the rapid change in chords. Trigger finger may no longer be compatible with precision activities like playing string instruments. Mild cases of trigger fingers may be treated with rest, ice or warm compress. However, persistent cases may warrant surgical intervention like the direct injection of corticosteroids in the inflamed joints or percutaneous release of the tendon sheath using a sterile needle. Reconstructive hand surgeons may work on a small incision on the finger to carefully release the tendon sheath without damaging the ligaments. A great majority of patients may resume their trade to its normalcy after post-operative rehabilitation.

Functional dystonia of the fingers or “musician’s cramp” is neurologic disorder affecting the fingers of musicians causing them to do involuntary movements. This dysfunctional movement may impair the ability of the musicians to perform properly and may cause significant psychological rifts like depression among affected patients. Functional dystonia occurs in 1-2% of all professional musicians especially those in the piano, clarinet, violin and guitar. Although clinical dystonia is usually triggered by organic brain disorders, musician cramps are oftentimes triggered by a sudden increase in practice time, a dramatic change in playing technique, intense playing after a protracted break, and an abrupt change of musical instrument. Fingers in functional dystonia fails to respond accordingly and may respond in an unintended way. Affected digits may shake, clench, curl or freeze involuntarily while playing the musical instruments. Patients with musician’s cramps may benefit from sensory re-education by allowing the digits to re-identify different tactile textures and temperature ranges. Sensory motor retuning of the fingers by immobilizing the unaffected digits to restore the affected ones back to normalcy has garnered promising results. Persistent dystonia may need a multidisciplinary approach to the problem. Your hand doctor may prescribe oral anticholinergic medications like baclofen and trihexyphenidyl to control the involuntary finger movements and avoid its recurrence. Surgeons may inject botulinum toxins to the affected fingers to prevent involuntary contractions for 2 to 4 months. Physical and occupational rehabilitation are implored with to augment these treatment regimens. 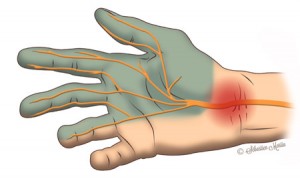 This refers to the persistent numbness of the hand with pain and burning sensation at the lower ridge of the palm. This is fairly common among pianists, violinists, guitarists and percussion drummers. This syndrome is caused by the compression of the median nerve in the narrow carpal tunnel formed by the carpal bones and fibrous retinaculum of the hand. Musicians may suffer from this syndrome due to the chronic hand gripping of the violin or guitar neck or fret board. The overuse injury of the percussionist’s and pianist’s hand is caused by excessive and long hours of practice and playing. The chronic inflammation of wrist due to repetitive flexion and extension may also constrict the carpal tunnel and cause the syndrome. Splinting of the hand may offer temporary relief but persistent symptoms with signs of muscle atrophy of the palms may require reconstructive surgical treatment. Reconstructive surgery approach for Carpal Tunnel Syndrome requires the surgical release of the retinaculum to relieve the median nerve and other nearby tissues of the impending pressure to restore fine motor control of the affected hand. 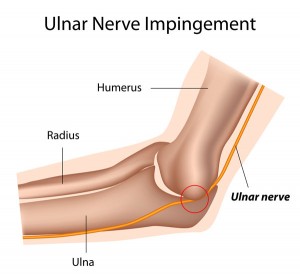 This syndrome is characterized by the numbness and discomfort of the inner edge of the elbow, the pinky finger, and inner half of the ring finger. This is caused by the compression of the ulnar nerve that passes through the cubital fossa (inner middle elbow) of the elbow. When the violinist strums the bow or the guitarists uses his strumming hand the flexion and extension movement of the muscles permit the ulnar nerve to slide back and forth the medial epicondyle of the elbow. If this happens chronically, musicians may start to feel the discomfort of numbness in the affected nerve distribution. The paresthesia in the fingers and forearm may deter their dexterity and performance significantly. This syndrome may be approached non-surgically by physical or occupational rehabilitation. When rehabilitation fails, reconstructive surgery on the elbow by either transposing the ulnar nerve in a makeshift cubital canal or by medial epicondylectomy to allow more space for the ulnar nerve to move may be the definitive option to restore finger and hand functionality.